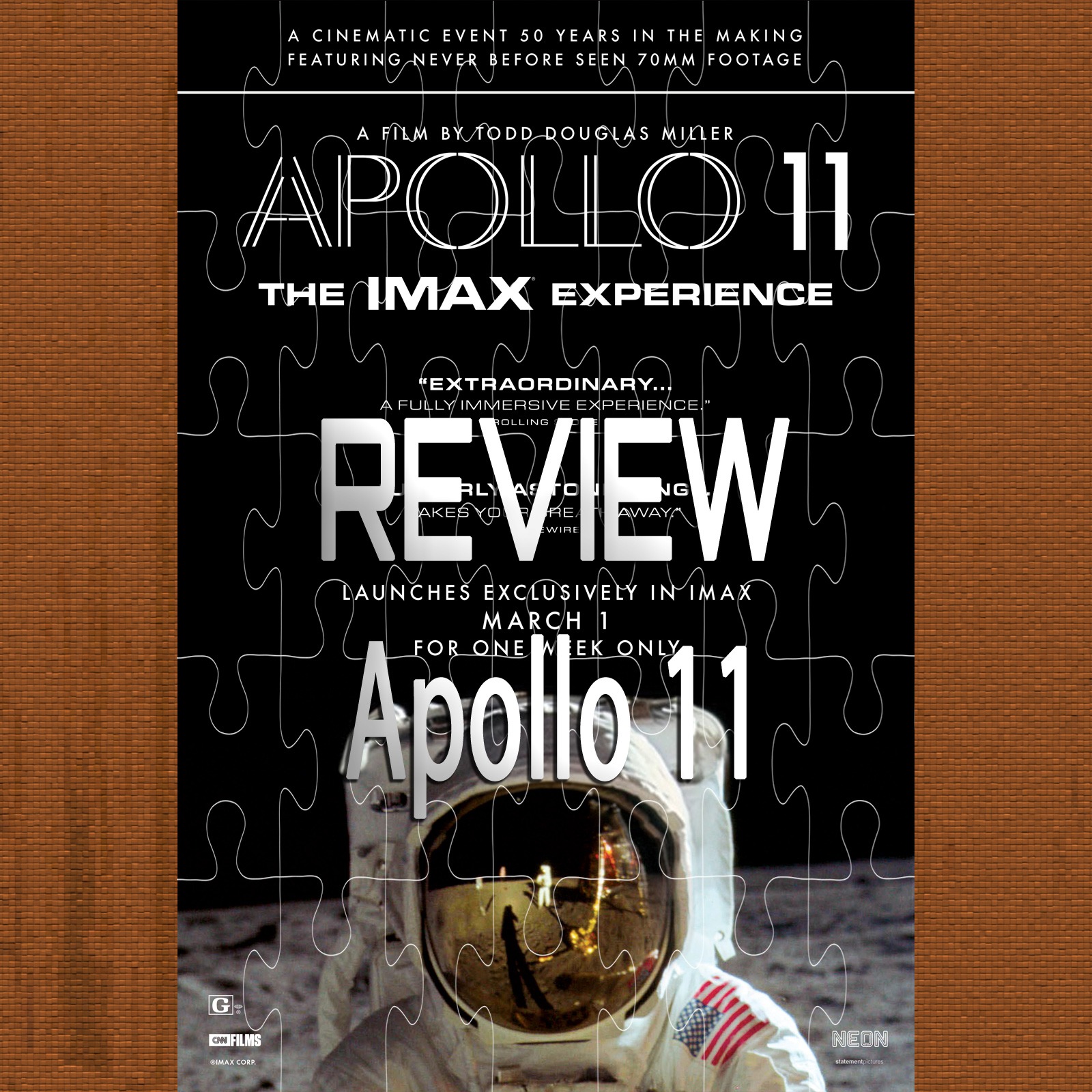 It’s hard to imagine that we haven’t already seen all the footage there is to see of man’s first journey to the moon. Yet here we are, in CNN Film’s stunning IMAX documentary Apollo 11, completely put together with footage shot back in 1969 on 70mm film as if the beautiful images were just waiting around for the technology to catch up with it so it could be displayed in all its glory.

I almost want to laugh looking back at the sentence I just wrote… We managed to send a man to the moon, yet didn’t have the technology to properly display the 70mm footage of the ship and crew. But make no mistake, Apollo 11 the film is a technical marvel, and provides a whole new look at this momentous achievement in human history.

Director Todd Douglas Miller takes the footage and weaves a story that somehow manages to keep you on the edge of your seat, as if we don’t already know whether Neil Armstrong, Buzz Aldrin and Michael Collins will make it home. Which is all the more funny considering we just saw this story dramatized last year with Damien Chazelle’s First Man (which we covered on Episode 32). But where that film focused mainly on the mindset of Ryan Gosling’s Neil Armstrong, Apollo 11 is focused more on the bravery, ingenuity and excitement of the mission to get these men to the Moon and back. Shots of not just the main crew members, but all the people responsible for making the mission happen, paint a much broader picture of everything that went into this amazing act. We see the crews working on the ship (a team sent to fix a leak in the moments before lift off is particularly riveting as well as darkly funny), hundreds of people behind rows and rows of computer screens, and plenty of other of NASA’s finest all working together as a team and as a country.

While Miller and the people who shot this footage back in the day deserve the lion’s share of the credit for this wonderful slice of history, Matt Morton’s incredible synth score should get a lot of mention too. I’m a composer myself, so scores matter a great deal to me, and the work he does here stands up with some of the great sci-fi synth based music. And a credit many may have missed but I caught during the end stated that all of the synth instruments used in the score were available at the time of the Apollo 11 launch. That’s a really cool way to lend some added authenticity that the average viewer would never necessarily notice, but it absolutely helps set the tone… Especially in those loud, booming IMAX speakers.

Apollo 11 will expand to regular theaters soon after this review is posted and then inevitably be available to watch at home. I’d definitely recommend you see it in whatever way you can, but if there’s any way for you to catch it in IMAX, the way it was meant to be seen, this film deserves it. One of man’s greatest achievements, captured in the biggest, realest way possible.