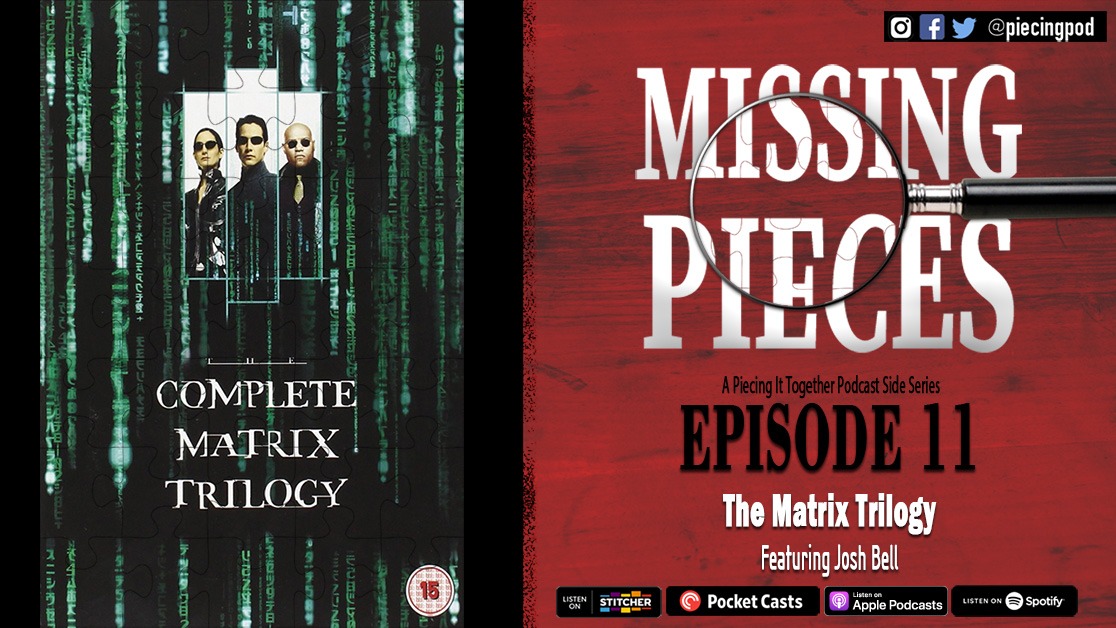 On the 11th installment of our Missing Pieces series, Josh Bell from Awesome Movie Year joins me to talk about The Wachowski Sisters’ ground-breaking sci-fi series The Matrix Trilogy on the eve of the new entry, The Matrix Resurrections. We just did an episode of Awesome Movie Year on the original and after rewatching the others in preparation for the new sequel thought these films would make for a great entry in the Missing Pieces series looking at films that inspired them, and films they inspired.

As always, SPOILER ALERT for The Matrix Trilogy and the movies we discuss!
https://www.whatisthematrix.com/

Josh Bell is a film critic whose reviews can be read at CBR, Crooked Marquee, The Inlander and elsewhere. With comedian and filmmaker Jason Harris, he co-hosts the podcast Awesome Movie Year, at awesomemovieyear.com or wherever you listen to podcasts.Like Him on Facebook https://www.facebook.com/joshbellhateseverything/
And Follow him on Twitter @SignalBleed

The song at the end of the episode is “Whirlwind” from my first album, Echoes In The Dark available on all digital music services.

Also, be sure to check out Awesome Movie Year at https://www.awesomemovieyear.com 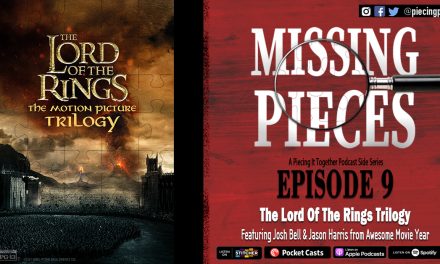 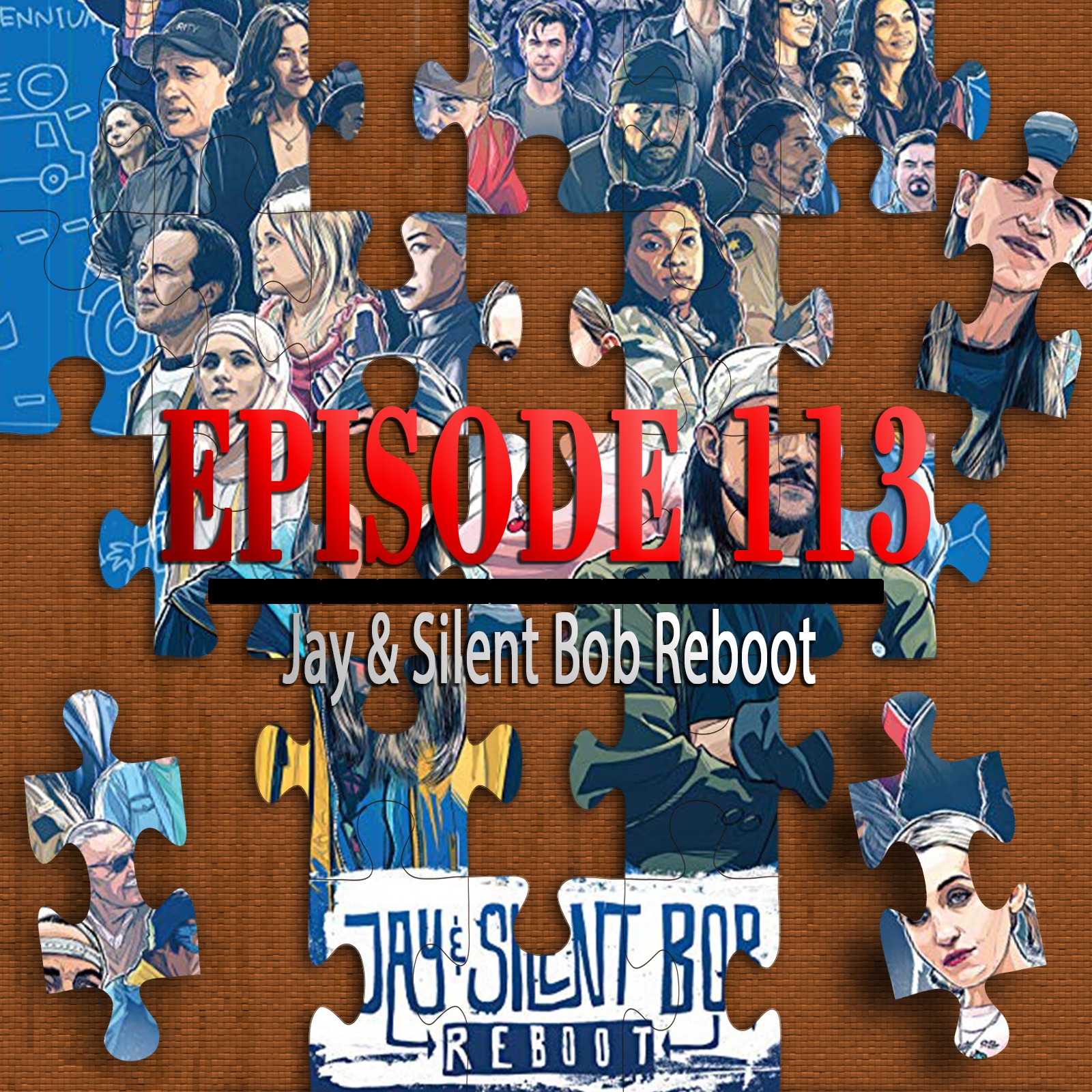 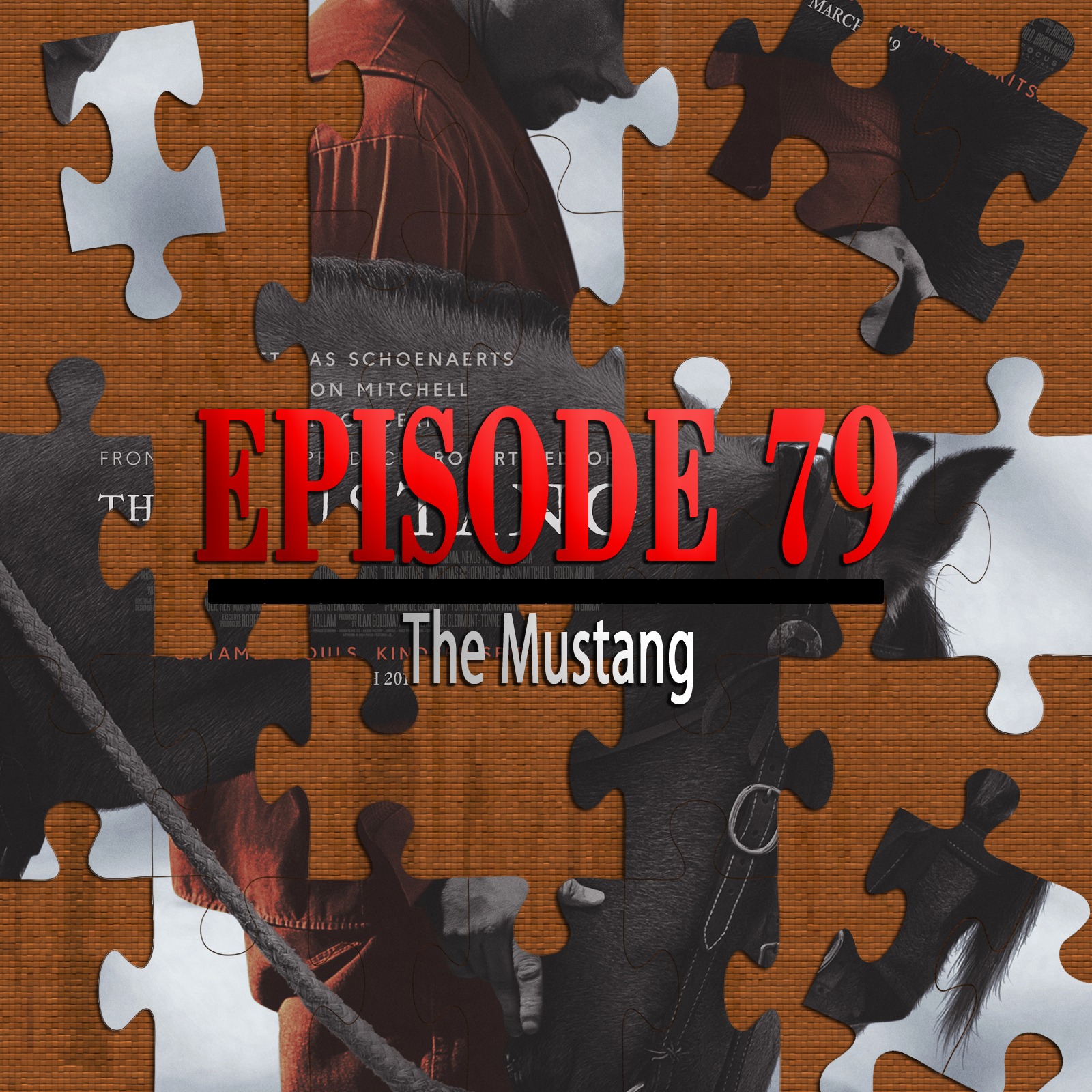 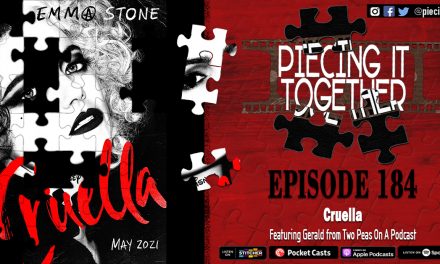 Cruella (Featuring Gerald From Two Peas On A Podcast)