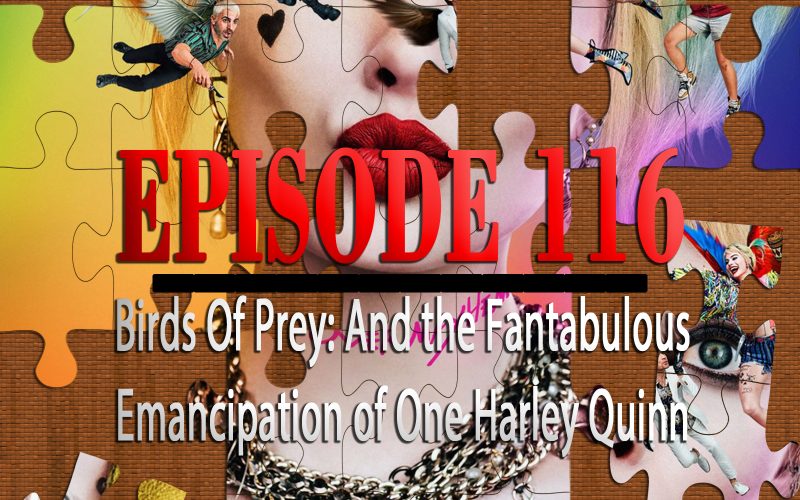 On the 116th episode of Piecing It Together, Chad Clinton Freeman joins us (two in a row!) to talk about the latest in his beloved DC Extended Universe of films, the Harley Quinn solo movie Birds Of Prey. Following up on the disaster that was Suicide Squad, Birds Of Prey sees a newly single Harley Quinn getting into all kinds of crazy adventures in an uneven but fun comic book movie. Puzzle pieces include Tank Girl, Deadpool 2, Joker and Kill Bill.